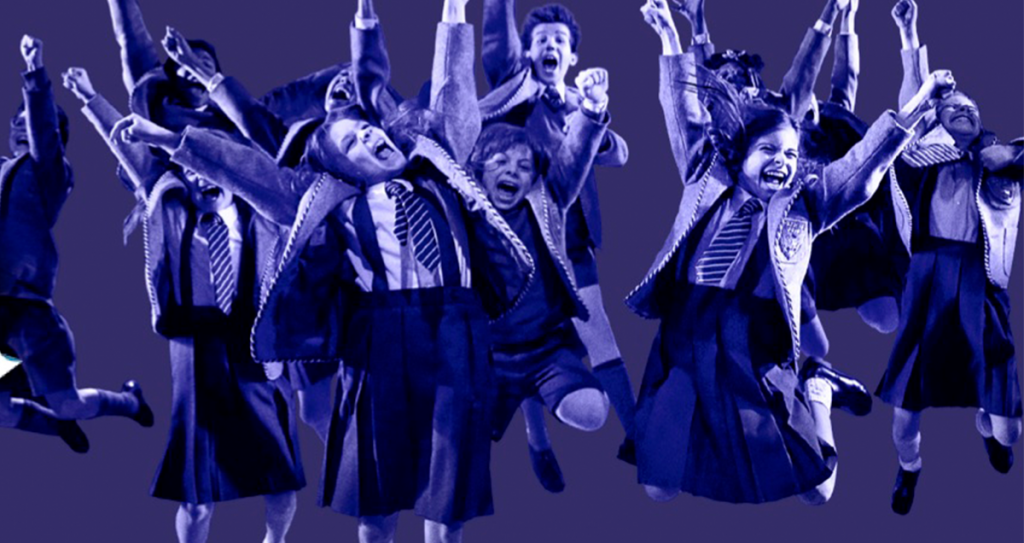 Live theatre is returning to our area for the first time since the pandemic shutdown many live productions. After pivoting to pre-recorded, online performances, local theatre companies are preparing to showcase shows in front of a live audience for the first time in over a year.

Stage Center will be presenting Roald Dahl’s Matilda on July 15-18 at the Marjorie Lyons Playhouse, on the campus of Centenary College.

Based on the beloved novel by the brilliantly batty Roald Dahl, MATILDA is an extraordinary girl who, armed with a sharp mind and vivid imagination dares to take a stand and change her destiny. She is a genius who is born into a… less brilliant family. Her dad is a car salesman with a few scruples loose. Her mum is an amateur ballroom dancer who values looks over books… not a great match for a girl who reads Dostoevsky in the original Russian.

Things only get worse when Matilda’s parents send her to school at the ghastly Crunchem Hall. There she meets the tyrannical head mistress, Miss Trunchbull. Faced with these ridiculously rotten circumstances Matilda bravely decides to take action. With the help of her friends, and her kind-hearted teacher, Miss Honey this miraculous girl inspires a little revolution, proving that everyone has the power to change their story.

The cast includes Abigail Weyermuller as Matilda, John Bogan as Miss Agatha Trunchbull, and Mary Grace Humphries as Miss Honey, along with a list of other talented actors and actresses you’ve come to love from our community.

Shreveport Little Theatre and Academy is proud to announce that tickets go on sale Tuesday, July 6, for Children of Eden The Musical, SLT’s first live production in 15 months.

Children of Eden will be performed in concert with a large community choir and orchestra in the sanctuary of First Baptist Church Shreveport on July 23 and July 24.

“We have so looked forward to the day when our community can come together to enjoy live theatre. That day has arrived. This family-friendly musical is the perfect vehicle to kick-off SLT’s exciting theatre season, packed with centennial events and celebrations.”

Children of Eden’s book is by John Caird (Les Misérables and Jane Eyre), and score is by Academy Award winning writer Stephen Schwartz (stage: Wicked, Godspell, Pippin — film: Enchanted, The Prince of Egypt, Pocahontas). The musical is based on a concept by Charles Lisanbyl and the story of Genesis, centering around the age-old conflict of parents and children in this epic, heartfelt Stephen Schwartz musical.

The musical can be described as a joyous and inspirational story about parents, children, and faith. Adam, Eve, Noah, and the “Father” who created them, deal with the headstrong and cataclysmic actions of their respective children. The show ultimately delivers a bittersweet, but inspiring message–that the hardest part of love is letting go.

“The concert will emulate the staging of Greek theatre by taking a minimalist approach. The highlights of the staging will enhance the orchestra and singers—telling the story without the distraction of the spectacle,” according to director Laura Beeman Nugent. Adam Philley is the production’s musical director, with Eddie Carney serving as pianist, and Josh Hires as production assistant.

The large cast is led by Matt Rawle as Father, Cordara Newson as Adam, LisaAnn Kemper as Eve, Luke Digilormo as Cain, Saige Williams as Abel, along with an ensemble of talented community performers.

The musical will also feature a large choir composed of area church choir members in addition to a live orchestra.

All tickets are $25, general admission, and will go on sale Tuesday, July 5 at noon.

Tickets can be purchased online at shreveportlittletheatre.com, and by calling or visiting SLT’s box office at 812 Margaret Place, noon – 4 p.m. weekdays, (318) 424-4439.