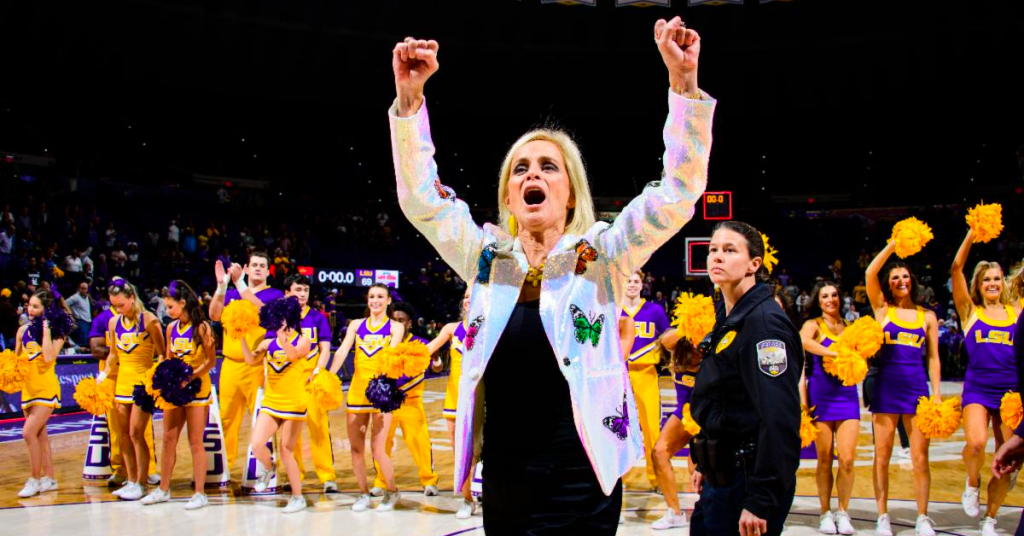 The Radiance Technologies Independence Bowl Kickoff Dinner is back on the schedule for 2022, as LSU women’s basketball head coach Kim Mulkey will be the featured speaker for the annual dinner on Tuesday, August 30 at the Shreveport Convention Center.

A six-time national champion as a player and coach, Mulkey is one of the most successful college basketball coaches of all-time, and she was an integral part of building the Louisiana Tech Lady Techsters into a national power in the 1980s. After 19 years at Louisiana Tech as a player and coach, as well as 21 years as head coach of the Baylor Lady Bears, the 2020 inductee into the Naismith Memorial Basketball Hall of Fame returned home to take over the LSU women’s basketball program in April 2021.

The annual Kickoff Dinner featuring Kim Mulkey is slated for Tuesday, August 30 at the Shreveport Convention Center. Doors will open at 6 p.m. for a cocktail hour, dinner buffets will open at 6:15 p.m. and the program will begin at 7 p.m. with a brief audience Q&A following the program.

“We are very excited to have Kim Mulkey speak at our annual Kickoff Dinner,” noted 2022 Independence Bowl Foundation Chairman Rob Rubel. “She is such an important figure in the history of Louisiana sports and in college athletics, and it will be an honor to learn more about her story on August 30 at this great event.”

Raised in Tangipahoa Parish, Mulkey began her decorated basketball career by leading the Hammond High School basketball team to a 136-5 record and four consecutive state championships. She cleaned up in the awards category – claiming all-district, all-state and All-America honors while scoring a then-national record 4,075 points throughout her high school career.

Mulkey parlayed her historic high school career into a tremendous college career at Louisiana Tech. The 5-foot-4 play-maker led the Lady Techsters to a 130-6 record, two national championships and four Final Fours from 1980-1984. The 1981 and 1982 national championships were the first two of three in team history for the Lady Techsters. Her great play at Louisiana Tech, which ranks her second in school history in assists and 12th in steals, earned her a berth on USA’s Gold medal-winning teams at the 1984 Olympics and the 1983 Pan American Games.

Following her playing career, Mulkey served for 15 years at her alma mater as an assistant and associate head coach. During her time as assistant and associate head coach at Louisiana Tech, the Lady Techsters sported a record of 430-68 and made seven Final Four appearances. She played a major role in building the program into a national powerhouse, as between her playing and coaching career, the Lady Techsters made 11 Final Four appearances and won the only three national championships in program history.

Her success at Louisiana Tech earned her a promotion, as she took over as the head coach of the Baylor Lady Bears in 2000 – leading the program for 21 years. Over those 21 years, Mulkey led Baylor to four Final Fours and won three national championships. In her time at the helm, the Lady Bears made 19 NCAA Tournament appearances and won a combined 23 Big 12 regular-season and tournament titles. For the second time in her carer she vaulted a program to become a national powerhouse, as Baylor became just the third program in NCAA history to win at least three national titles.

While at Baylor, Mulkey coached and developed 19 different All-Americans – with eight of them earning first-team All-America honors. Those players included Brittney Griner, Odyssey Sims and NaLyssa Smith, who all won the Wade Trophy as the nation’s top college player. Griner also won the John Wooden Award in 2012 and 2013, as well as the Naismith Trophy both years as the nation’s top player. In her time at Baylor, Mulkey produced nine first-round draft picks in the WNBA and 19 WNBA draft picks overall.

As a 2020 inductee into the Naismith Memorial Basketball Hall of Fame and six total national championships under her belt – three as a head coach, two as a player and one as an assistant coach, Mulkey returned to her home state of Louisiana in April 2021 to lead the LSU women’s basketball team.

Her arrival back home came with immediate success, as Mulkey led her first LSU team to a 26-6 record, second place in the SEC and a No. 3 seed in the NCAA Tournament. It was the greatest turnaround in SEC history by a first-year head coach, and she was named the AP National Coach of the Year – joining Geno Auriemma and Muffet McGraw as just the third coach to win the AP Coach of the Year award three times.

Mulkey has two children, daughter Makenzie and son Kramer. Makenzie was a four-year letter winner on the Baylor basketball team, while Kramer starred on the LSU baseball team. He was drafted in the fourth round of the 2017 MLB Draft and is now a member of the Atlanta Braves organization.