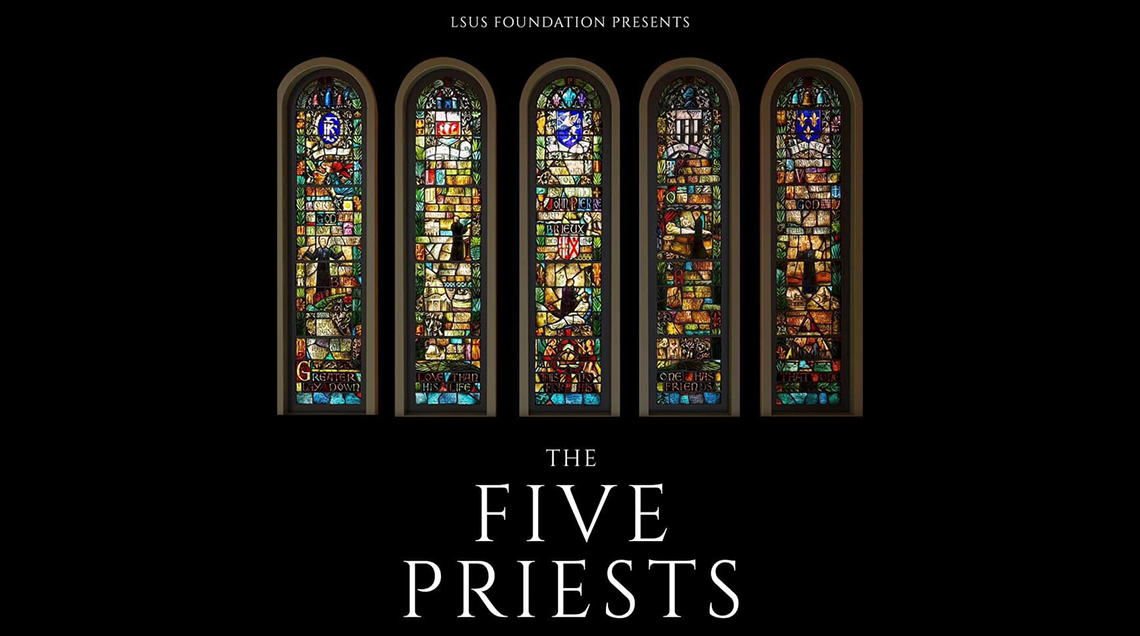 “The Five Priests” documentary – which draws on research by LSU Shreveport history professor Dr. Cheryl White and colleagues — is earning worldwide attention during the current international film festival season. It was recently announced that the film is semi-finalist at the Cannes World Film Festival.

The LSUS Foundation is among underwriters for the documentary. The foundation also sponsored the film’s premiere at The Strand Theatre in Shreveport in November.

“It is so exciting to think that all over the world people are going to be watching a film and learning about Shreveport, Louisiana,” said LSUS Foundation Executive Director Laura Perdue. “As the LSUS Foundation, we are thrilled that one of our own, Dr. White, was instrumental in this research.”

“This recognition from Cannes demonstrates the universal appeal of this story. ‘The Five Priests’ is not a Shreveport story, a Catholic story, or even a Louisiana story,” Dr. White says. “It is a timeless narrative about hope, which is inherent to the human condition.”

Business Leaders of the Year honored by Greater Shreveport Chamber