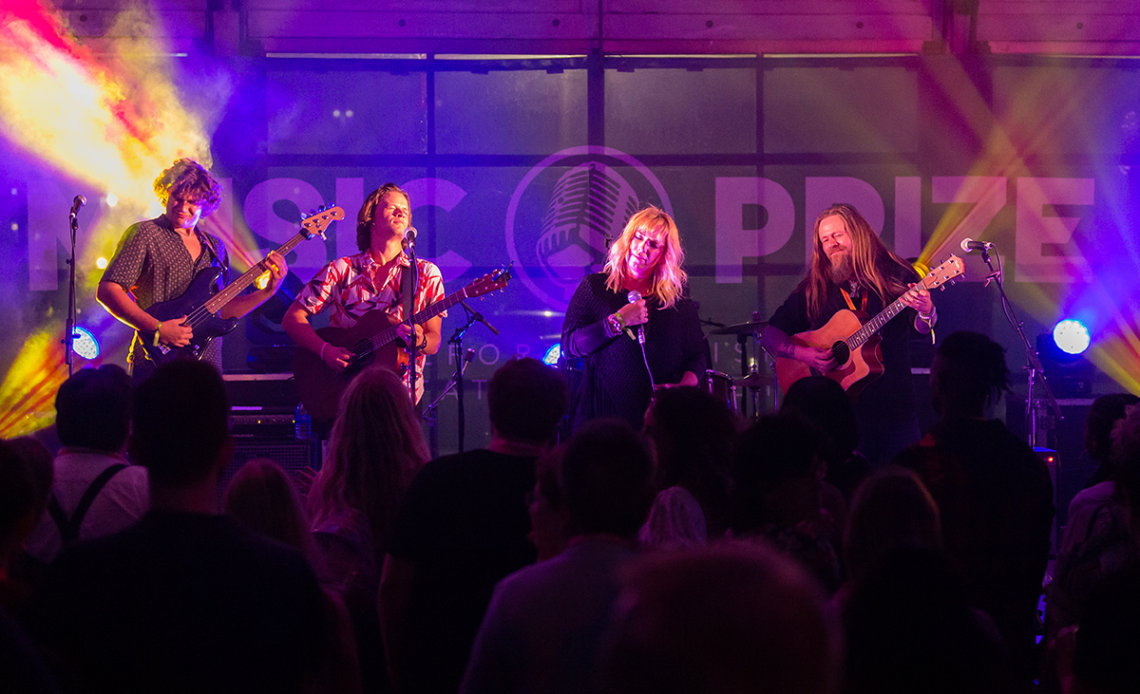 Prize Fest, a celebration of Film, Music, Food, Fashion and Comedy, returned to the streets for 2021 and hosted its first weekend (September 24 and 25) to rave audiences. The festival, in its tenth year, kicked off with Music and Fashion Prizes and showcased the work of independent musicians and fashion designers. Weekend two of Prize Fest (September 30 – October 2) will feature Film, Food and Comedy Prizes.

“This was the most amazing Music Prize and Fashion Prize that we’ve ever had,” said Gregory Kallenberg. Executive Director and Founder of the Prize Foundation. “The Prize attracted an incredibly high level of talent from all over the country, and we were proud to give them a platform to show the world their creativity.”

Louisiana Music Prize
Louisiana Music Prize, the GRAMMY-affiliated competition for rising musicians, saw 10 musical acts from across the country competing with live original sets over the course of two nights. The acts were judged by a panel of industry professionals as well as attendees. The 2021 Louisiana Music Prize grand prize winner and recipient of the $10,000 cash award was Ponderosa Grove out of Prescott, AZ. Second place ($3,000) went to Been Stellar of Brooklyn, NY, and third place ($2,000) went to Natalie Prize of Austin, TX. Bond+Plus of Shreveport, LA was the $1,000 winner of the Power to the People award, voted on by attendees of Music Prize who saw at least three of the competing acts.

This year’s Louisiana Music Prize also featured its first ever Music Prize Conference, MPCon, at the historic downtown Municipal Auditorium. Music Prize finalists were in attendance along with other local musicians to access mentorship from industry professionals across the country, focusing on career-building tutelage and advice, from artist development to promotion to touring to production.

Weekend Two of Prize Fest kicks off Thursday, September 30 with Film Prize, Food Prize and Comedy Prize. More information and tickets can be found at: www.PrizeFest.com.

Paul Savage, Jr. is a graduate of Centenary College of Louisiana and currently serves as Director of Marketing, Communication, and Public Relations for the Greater Shreveport Chamber. He also owns a full-service, integrated marketing agency, Savage Creative Solutions. Savage is a local marketing and communication professional, entrepreneur, and accomplished author. His debut memoir, "Diary of A Testicular Cancer Survivor," has been featured on Amazon's best-seller list.

Brandezvous Productions looks to end summer with a bash