The Color Purple The Musical announced by Stage Center 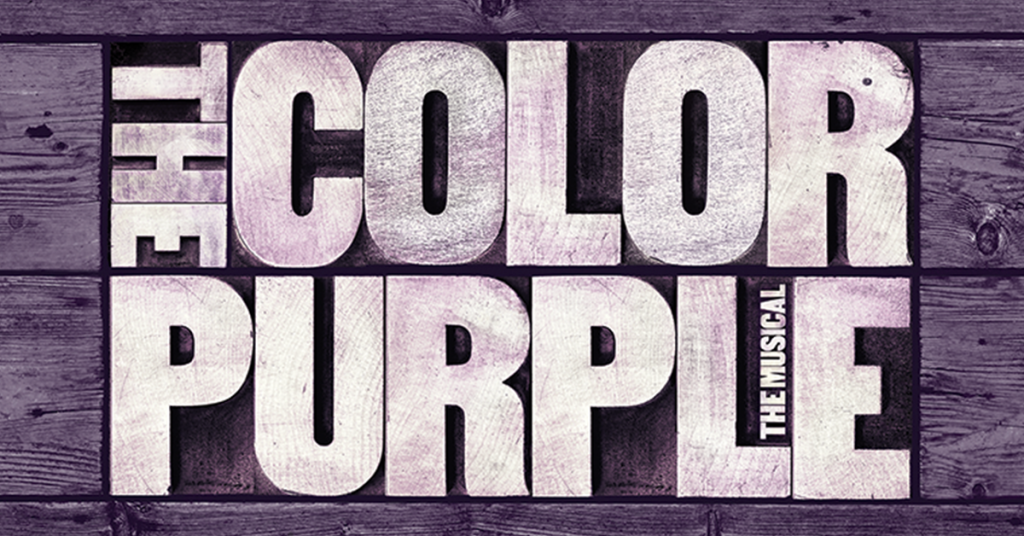 UPDATE: Stage Center has SOLD OUT their entire run of the The Color Purple The Musical.

Stage Center (SC) proudly announces the inaugural production of their 12th Season, The Color Purple. Themed “Backlot to Broadway” our 2023 season will feature productions made famous by their motion picture counterparts. This marks the first locally produced production of The Color Purple, which will open January 5, 2023 for a one-week run at Marjorie Lyons Playhouse on the Centenary College Campus. Tickets go on sale Monday, December 19 online at StageCenterLA.com or call/text (318) 218-9978.

Performances will be held at Marjorie Lyons Playhouse on the campus of Centenary College of Louisiana. Performances will be Jan 5, 6, and 7th at 7:30pm and Jan 8th at 2pm. Tickets are $25 for adults, $22 for seniors, and $20 for students. You can purchase tickets online by visiting www.StageCenterLA.com or by calling their box office at 218- 9978.

Winner! Tony® Award for Best Revival; Grammy® Award for Best Cast Album! From the classic Pulitzer Prize-winning novel by Alice Walker, and the moving film by Steven Spielberg, comes a soul-stirring new musical and landmark event. The Color Purple is an inspiring family saga that tells the unforgettable story of a woman who – through love – finds the strength to triumph over adversity and discover her unique voice in the world. Set to a joyous score featuring jazz, ragtime, gospel, and blues, The Color Purple is a story of hope, a testament to the healing power of love and a celebration of life.

Directed by hometown hero (and history-maker for being the youngest black director to have a show play on Broadway) Zhailon Levingston, The Color Purple is adapted for the stage by Pulitzer Prize and Tony® Award winner Marsha Norman, with music and lyrics by Grammy® Award winners Brenda Russell, Allee Willis and Stephen Bray, with musical direction by Ta Edwards-Robinson.

Zhailon Levingston (NYC, NY) is a Louisiana-raised storyteller, director, and activist. A graduate of Captain Shreve HighSchool, he is a board member at Stage Center, and for the Broadway Advocacy Coalition, where he co-created and taught the Theatre of Change course at Columbia University, which is going into its third year. He is a Music Mentor Fellow working with Idina Menzel’s A Broader Way Foundation. His recent directing credits include: “Neptune” (Dixon Place, Brooklyn Museum), “The Years That Went Wrong” (Lark, MCC), “The Exonerated” (Columbia Law School), “Chariot Part 2” (Soho Rep., for The Movement Theatre Company), “Mother of Pearl” (LaGuardia Performing Arts Center). He is the
associate director of “Primer for a Failed Superpower” with Tony® Award-winner Rachel Chavkin, and “Runaways” at the famed Public Theater with Sam Pinkleton. Last fall, he became the youngest black director in the history of Broadway, when he directed the premiere of “Chicken and Biscuits” by Douglas Lyons at Circle in the Square. Zhailon is the original resident director at “Tina: The Tina Turner Musical”, also on Broadway, and the associate director of “Hadestown” in South Korea. This past summer he directed the world premier of the play “PATIENCE” by Johnny G Lloyd for Second Stage Uptown.

Emily Mwakitawa (Denver, CO) is a proud 2011 graduate from Centenary College’s theater program. Originally from Kenya, Emily has had the privilege of studying and working alongside some of theater’s finest in NYC. She’s thrilled and humbled to be returning to the stage under the guidance of her dear friend Zhalion Levingston, and with this incredible cast of performers. Past roles include Aida (Aida), Joanne (RENT), Whatshername (American Idiot), Gary Coleman (Avenue Q) and many more. When she’s not performing, she’s a business coach and producer. Currently in Denver, CO with her fiancé David. Much love to my family, Jared, Seth and my teachers Nat and Harry. This performance is for Alice.

Cordara Newson (NYC, NY) is a proud Shreveport native currently residing in New York City. He was most recently seen in Stage Center’s Kinky Boots as Simon/Lola. With Stage Center, he has also been a part of Ragtime (Booker T. Washington – 2014 Audience Choice Award, Favorite Featured Male), A Christmas Story: The Musical, Tarzan the Musical, Bonnie & Clyde (Preacher – 2015 Audience Choice Award, Favorite Featured Male). Cordara’s stage credits include Off Broadway: Heist! A New Musical Regional: Crowns. Other notable roles: Children of Eden, Shrek the Musical, Godspell, Grease, The
Colored Museum, To Kill a Mockingbird, Sister Act, The Fantasticks, The Six Who Where There, Twelfth Night, and Lucky Stiff. I am so grateful for the ongoing support of my friends, family, and most importantly my moma because she has always assured me that nothing is impossible to achieve.

Chaynler Joie (LA, CA) is a singer-songwriter, actress, model, entrepreneur and self-proclaimed “creatress”. As a Louisiana native with a music-based upbringing, her talent was recognized quite early. Known as “the little girl with the big voice” in her [very small] hometown of Springhill, Louisiana, she was heavily involved in the local talent showcases, musicals, and dance competitions. She released her first demo tape at age 10, singing the songs her mother wrote and produced. Chaynler wasted no time after graduating high school and relocated to Los Angeles a mere three months later to begin her career in the arts.

Shortly after attending the American Musical & Dramatic Academy & graduating from the Musicians Institute (Hollywood, California), she got her start in the music industry as a professional vocalist, having worked for many well-known artists since, like ZAYN, Kanye West, Dawn Richard, Kirk Franklin, H.E.R., and Lil Baby. Her singing appearances include The Tonight Show with Jimmy Fallon, The Voice, NPR’s Tiny Desk, Black Girls Rock, the IHeart Radio Music Awards, Kanye West’s Sunday Services & the BET Awards.

In addition to her career as a professional vocalist — and more importantly, Chaynler Joie is an artist in her own right. With her sultry, buttery vocals and vulnerable, deep songwriting, she’s made a name for herself in the underground music scene, receiving sync placements in film & TV with her original music “These Are the Days”, and “I.G.W.Y.N”, via OWN (Oprah Winfrey NetworK), Fox Soul, Aspire TV, and Revolt TV. Her debut album “THE RESISTANCE WILL NOT WIN (Part 1: Lovers)” is out now on all platforms!

After years of music and singing being the focal point in her artistry, she shifted gears and reignited her passion for acting in 2019, when she co starred alongside David Castañeda in the short film “Heart to Heart”, directed by Matthew Law. Her latest starring role as “Chi Chi” in the short film, “High Priestess”, aired on Revolt TV as part of their “Short & Fresh” series – a partnership with Damn Write Originals. As an entrepreneur, Chaynler Joie integrates music therapy and wellness as a Sound Bath Facilitator. She also coordinates events centered around music, wellness, and community.

She feels immensely happy to be returning back home to join forces with the same creatives she shared the stage with well over ten years ago!

For information on this or any of their exciting upcoming projects or to join their e-blast list, call/text 218-9978 or email info@stagecenterla.com.