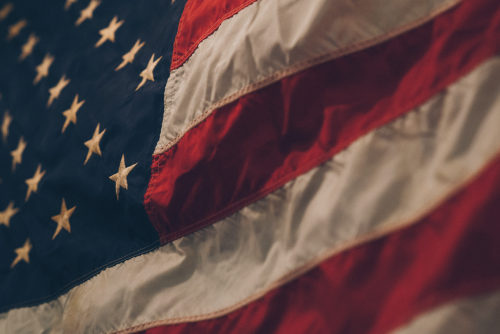 Centenary invites local veterans and community members to the College’s annual Veterans Day Tribute on Thursday, November 11. Veterans Day has been observed on this date in the United States for more than 100 years, with the first celebration occurring on November 11, 1919.

The solemn ceremony honoring the service and dedication of all veterans will begin at 11:11 a.m. at the Hargrove Memorial Amphitheater (the Shell) in the heart of Centenary’s campus. The tribute is free and open to the public.

Major General James W. Graves (Ret), United States Air Force, will deliver the keynote address at the tribute. Graves culminated a long and distinguished career of military to his country as the Assistant to the Chairman of the Joint Chiefs of Staff for Reserve Matters at the Pentagon, Washington, D.C. Graves received his commission from Officer Training School after graduating from the College of William and Mary in Virginia. Following pilot training and active service overseas, he entered the Air Force Reserve unit program and continued his education, attaining a Juris Doctorate degree from the Louisiana State University Law Center. His duties in the Reserve program have included weapons officer, instructor pilot, flight examiner, flight commander and assistant operations officer. Graves has commanded a combat deployment detachment; operations support squadron; the 47th Fighter Squadron, leading the conversion from operations to training missions; an expeditionary operations group; and served as Vice Commander of the 917th Wing. He has held mobilization assistant assignments at Air Combat Command, Air University and Pacific Air Forces.

The Veterans Day Tribute includes music from the Centenary College Choir and showcases veterans among Centenary’s student body as well as the faculty and administration.

Visitor parking is available in Lots 11 and 12 near the Meadows Museum of Art and in Lot 1 near Hamilton Hall.

For more information, please contact Connie Whittington at cwhittington@centenary.edu or 318.869.5101.

Business Leaders of the Year honored by Greater Shreveport Chamber